Due to COVID-19 and the challenges and uncertainty of planning a summer tournament, the Flackwell Heath Football Club made the decision to have the event as a pre-season tournament in September instead. Heppelthwaite the Red Van Plumbers were proud to sponsor the tournament. 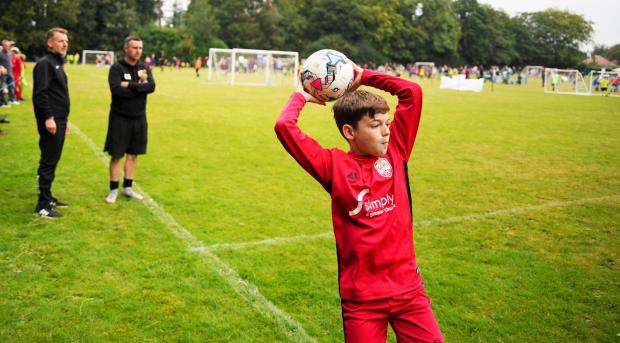 Community events like these have been missed in recent months due to Covid19. However, it was great to see thousands of local youth football players, parents and coaches attended the event. There was plenty to entertain both adults and children including Bouncy Castles, Funfair, BBQ, Beer Tent, Face–painting, Tombola, Ice Cream Van and many other stalls! The sun was out too.

Congratulations to the football club for hosting a successful local football tournament and for having us there as your guests. We were happy to sponsor the event and will do the same next year.

Heppelthwaite the Red Van Plumbers like to support local community events and fundraisers. See check out our community page here. Alternatively, if you are hosting an event then why not get in touch.

This website uses cookies to improve your experience while you navigate through the website. Out of these cookies, the cookies that are categorized as necessary are stored on your browser as they are essential for the working of basic functionalities of the website. We also use third-party cookies that help us analyze and understand how you use this website. These cookies will be stored in your browser only with your consent. You also have the option to opt-out of these cookies. But opting out of some of these cookies may have an effect on your browsing experience.
Necessary Always Enabled
Necessary cookies are absolutely essential for the website to function properly. This category only includes cookies that ensures basic functionalities and security features of the website. These cookies do not store any personal information.
Non-necessary
Any cookies that may not be particularly necessary for the website to function and is used specifically to collect user personal data via analytics, ads, other embedded contents are termed as non-necessary cookies. It is mandatory to procure user consent prior to running these cookies on your website.
SAVE & ACCEPT